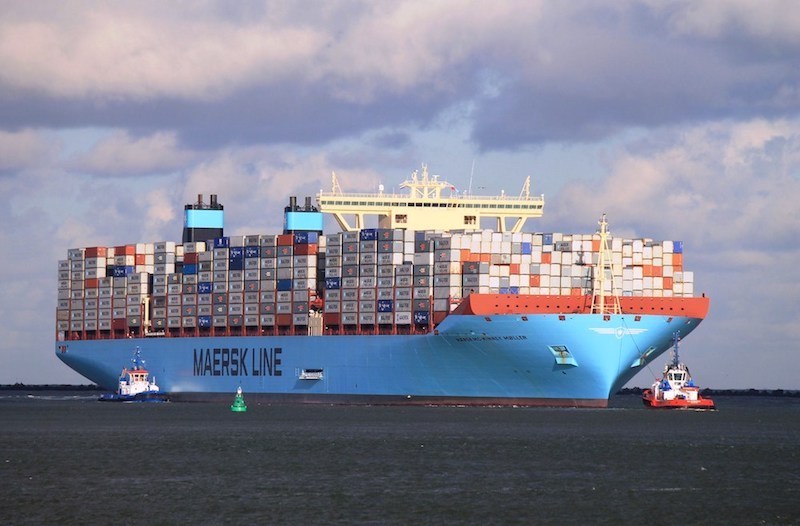 Shipping rates are collapsing. A massive wave of new vessels will hit the water next year. Consumer demand will be battered by a global recession. Ergo, the ocean carrier industry is doomed to crash. This is an increasingly popular theory — but it’s not what Drewry, one of the industry’s leading consultancies, predicts. Drewry’s base case for 2023 is that the ocean carrier sector will post earnings before interest and taxes (EBIT) of $100 billion. That’s down 64% from a projected 2022 EBIT of $275 billion but still well above pre-pandemic earnings.

It's definitely not a "hard landing
“The current state of the market is undeniable. The arrows are pointing down wherever you look,” said Simon Heaney, Drewry’s senior manager of container research, during an online presentation Thursday. “But we don’t think this will be a classic case of container market boom and bust. We think that with some skillful maneuvering, there is a path available to carriers to make substantially more money than they did [in the pre-pandemic years].”

The gap between supply and demand
Drewry’s base case for 2023 calls for demand growth of 1.9%. On the supply side, if all new ships were theoretically delivered on time and there was no port congestion and no scrapping, it would equate to “massive” year-on-year capacity growth of 34%, said Heaney.“So, doing nothing is not an option. Carriers can’t exert any influence on demand. They have no choice but to focus on the one thing they can control: supply. And following consolidation and alliance restructuring, they are now in a much better position to tackle so-called ‘danger years’ and pull the right capacity levers to ensure a soft landing.” They’ve already begun, with numerous services suspended in recent weeks and a high number of blanked (canceled) sailings. The Drewry World Composite Index that measures spot rates is still falling but not as fast as it was a few weeks ago.
“There’s still a decline, but it’s much more marginal than it had been,” said Heaney. “I think we’re starting to see carriers turning the corner slightly and getting a little bit more control. Our view is that the groupthink among carriers has been to milk profits for as long as possible, then start cutting capacity when rates sink closer to the level that’s acceptable in the long run. I think that time is now.”

Scrapping older ships, delaying new ships
Carriers have multiple ways to manage capacity and avert a crash in 2023. One is to sell older ships for demolition. “After years of almost zero demolitions, we believe it is going to come back with quite a bang,” said Heaney. Drewry’s base case calls for scrapping of 600,000 twenty-foot equivalent units next year, or 2.5% of end-of-2022 fleet capacity. That would be the second highest level of annual scrapping ever, surpassed only by the 660,000 TEUs scrapped in 2016 in the wake of the 2015 price war and Hanjin bankruptcy.

Another way carriers can reduce capacity is to delay deliveries of new ships. Orderbook TEU capacity is at a record high. Drewry estimates that 2.6 million TEUs of newbuild capacity is due for delivery next year alone.

“Delivery dates are always very mutable,” said Heaney. “Carriers have the upper hand over shipyards and have pretty much been able to dictate when these ships are delivered.” He also noted that yards face potential construction delays from energy shortages, extreme weather events and COVID-19 lockdowns. There has always been “slippage” of delivery dates from one year to the next. Heaney pointed out that between 2008 and 2020, actual container-ship deliveries only exceeded 90% of scheduled deliveries on three occasions. The ratio never exceeded 70% in 2009-2011, amid the Great Recession. It hit a low of 59% in 2010.

Drewry is predicting that only 60% of capacity scheduled to be delivered in 2023 will hit the water next year. “That’s perhaps our boldest prediction,” said Heaney. “The reason we’ve gone so big is because we think it’s the easiest of all the capacity levers for carriers to pull.”

Idling tonnage
Another way shipping lines can manage capacity is to idle vessels. “Idling was one of the primary tools used back in 2009 to combat the financial-crash-induced demand slump,” he said. “Nearly 10% of the fleet was moored up over the course of the year.” In 2016, 6.6% of tonnage was idled. As a result of COVID lockdowns, 6% of tonnage was idled in 2020 (almost all in the first half). Drewry estimates that 3.6% of tonnage was idle in September. For full-year 2023, its base case calls for 5.8% to be offline.“The downturn in volumes is going to provide a window to get more ships into drydock for repairs and maintenance. That will help reduce capacity on a sporadic basis,” said Heaney. “The reason we don’t think [the idled ratio] will be even higher is that we think rates are still going to be just strong enough to lure some operators to continue running ships when maybe they shouldn’t.”

Port congestion still a factor
Port congestion is a side effect of supply chain issues, not a lever carriers proactively pull, but it has a major effect on vessel supply. “There has been some improvement recently. There are now fewer waiting events around the world, but it’s still well above the 2019 benchmark,” said Heaney. Drewry estimated that congestion will remove 15% of effective capacity this year. It doesn’t see congestion falling back to 2019 levels until halfway through 2023, removing 6.9% of effective capacity next year. “There are still plenty of disruptive risks out there,” he said. He cited possible disruptions from port labor strikes as well as upstream issues for manufacturing such as power shortages and China’s zero-COVID policy “that could create more peaky port volumes that lead to more delays.”

Slow steaming  - or not ?
One of the most frequently cited supply levers is slow steaming: removing capacity by sailing slower, whether as a rate- supporting strategy or to comply with environmental regulations.Unlike many other analysts, Drewry believes this will have no effect on capacity in 2023. “Slow steaming is already so prevalent that ships are going to continue to run at the same speeds they currently are,” said Heaney.
He also maintained that the two new regulations coming into play next year — the Energy Efficiency Existing Ship Index (EEXI) and the Carbon Intensity Index (CII) — won’t affect ship speed. “The EEXI is a one-off technical exercise calculated on the design speed rather than the operational speed,” he said. “Yes, some container ships will indeed be technically noncompliant. But the way they can get around that is very simple. They can install an engine power limiter relatively cheaply and quickly in a regular port call.“The CII is going to take over a year before data is gathered, so it’s not going to affect 2023. And it lacks any sort of carrot or stick at the moment in terms of enforcement.”

Blank sailings will help close the gap
Add all of these factors up — scrapping, order delays, idled ships, congestion — and Drewry’s theoretical maximum estimate for a 34% year-on-year capacity increase comes down to 11.3%. That’s still way above the projected 1.9% demand growth. But carriers can use blanked sailings and canceled services to close the gap, a process they’ve already begun.

“When you add blank sailings, I think you’re going to get much closer [to demand],” said Heaney, who still projects there will be overcapacity next year but at a level where carriers can remain “very profitable.” Blank sailings are a “precision tool” that “can be very effective,” he said, noting that as much as 35% of Asia-West Coast capacity was blanked at times this year. “We expect blank sailings to remain a pivotal weapon in carriers’ arsenal to tame capacity rises next year.”

If demand comes in even lower than predicted in 2023, he added, “carriers are going to have to pull even harder on these capacity-adjusting levers.” There’s a limit to how hard they can pull, however. “We see that regulators are scrutinizing carriers more closely than ever,” he said. “Any whiff that carriers are curbing potential trade and doing damage to national economies for their own benefit is going to be pounced upon.”

The biggest wild card
All of these capacity management assumptions hinge on the premise that shipping lines will not descend into a price war and battle for market share, as they have in previous downturns.
“I’m fully aware that other analysts are predicting a much harder landing and I do accept that we may be giving carriers too much credit that they’ve changed their spots,” Heaney acknowledged.  “The market is dominated by the major lines but there are hundreds of individual operators, each with its own strategies. The biggest wild card is predicting carrier behavior, which is highly ripe for error. For the time being, we’re betting they are going to do what’s in their best interest.”