Just how extreme is China’s lead in the container port business? 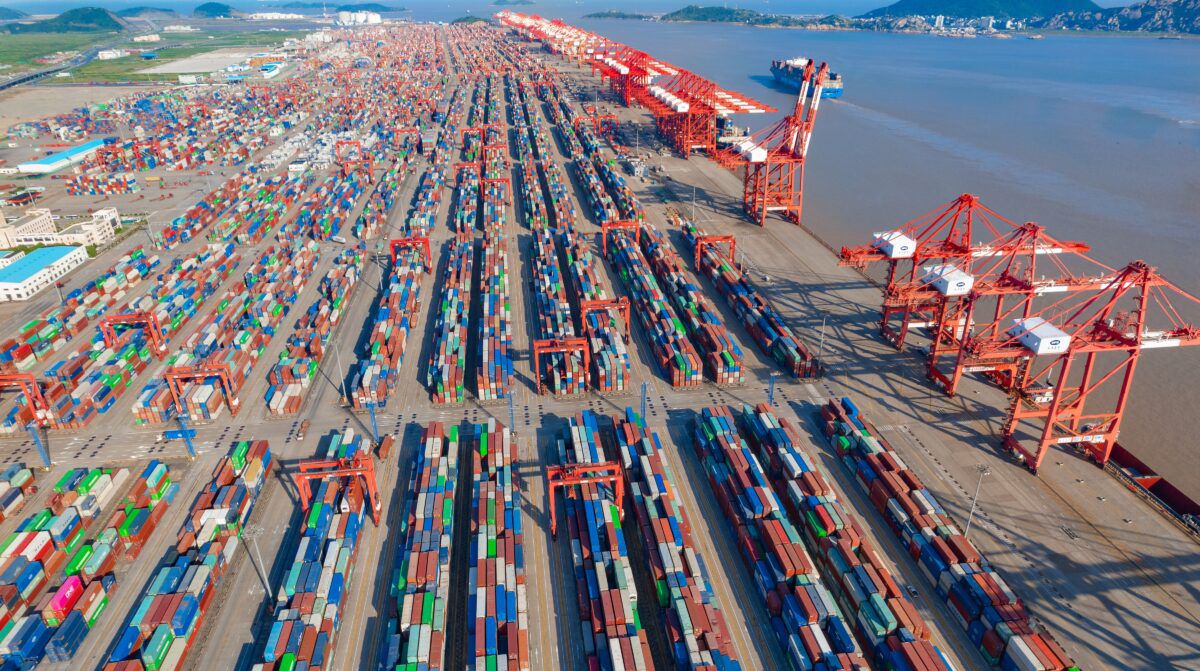 China is the world’s largest exporter of containerized goods, produces eight of every 10 new containers, is the leading builder of container ships and operates the fourth-largest liner company. It should come as no surprise that China overwhelmingly dominates the global container port rankings — and with ocean trade now surging, that its port tally has reached a new peak.

Asian megaports, which long ago left their competition in the dust, accounted for 77% of last year’s top-30 total, with China alone handling almost half: 47%. Long-reigning champion Shanghai “continued to build its lead” and “has now opened up a gap of nearly 10 million TEUs on its nearest competitor, Singapore,” said Alphaliner.

Comparing the latest rankings to those a half-decade ago reveals how the world’s largest ports have maintained their dominance over time. 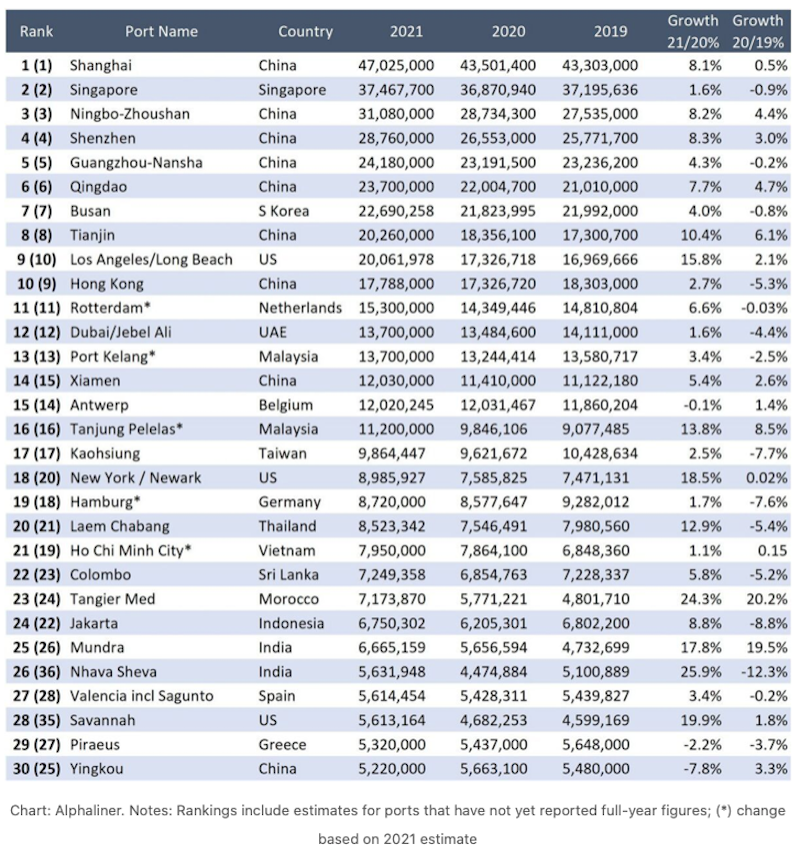 Five years ago, Asia accounted for 78% of volumes at the top 30 ports and China 49% — essentially the same market shares they had last year, despite a trade war, lockdowns and port closures along the way.

What brought the top 30 ports back up to the normal trend line was unusually high growth in 2021. According to Drewry, throughput increased 6.5% last year including all ports worldwide. That is the same growth level Alphaliner reported for the top 30 ports, and 2%-3% higher than usual.