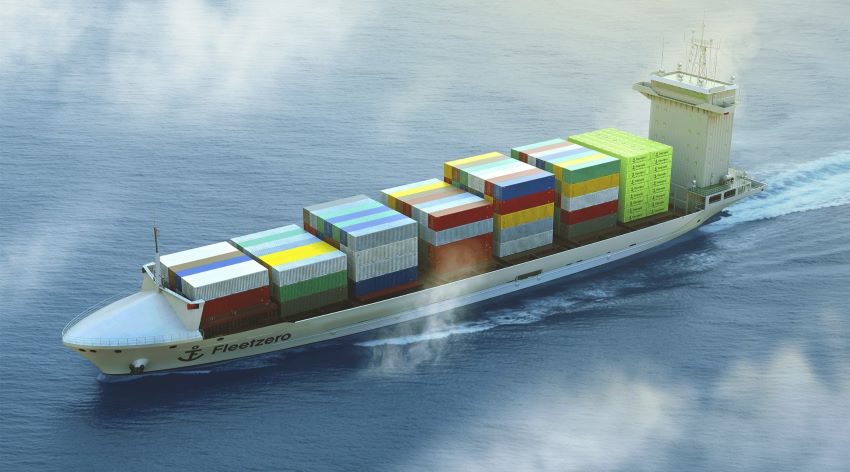 New Orleans-based start-up is working to develop a fleet of smaller, more efficient, electric-powered ships to help decarbonise the shipping industry that is responsible for about 3% of all carbon emissions worldwide.

A team of the U.S. Merchant Marine Academy graduates have started Fleetzero to deploy a fleet of electric cargo ships that run on a battery-swapping system.

My Climate Journey (MCJ), an investment fund that supports founders of scaling climate solutions, has invested in the start-up that gathers Y Combinator and Flexport as partners.

Fleetzero has developed a 2 MWh lithium iron phosphate battery pack that can fit in a standard 20-foot cargo container.

The prototype of the containerized battery was produced at the company’s Alabama facility, MCJ informed.

Fleetzero is currently seeking regulatory approval of its battery pack design and is aiming to launch the maiden voyage of its first electric vessel in mid-2023, carrying cargo for its pilot partners.

On the way to their destination, Fleetzero ships dock at ports along their journey, unloading depleted lithium batteries and replenishing themselves with a fully-charged complement of new ones.

Stored and assembled in transportable containers, batteries are shared across the fleet and allow for shorter stays at port than would be the case if each ship were recharged while at the dock.

Along with shorter port stays, battery swapping and sharing is said to offer the economic benefit of reduced costs as a result of requiring fewer batteries per ship.
As other benefits of the electric cargo ships, the company names access to more ports, fewer trucks on the road, tapping into regulated markets, paving the way to autonomous shipping, incorporation of new technologies and requiring less capital for growth.