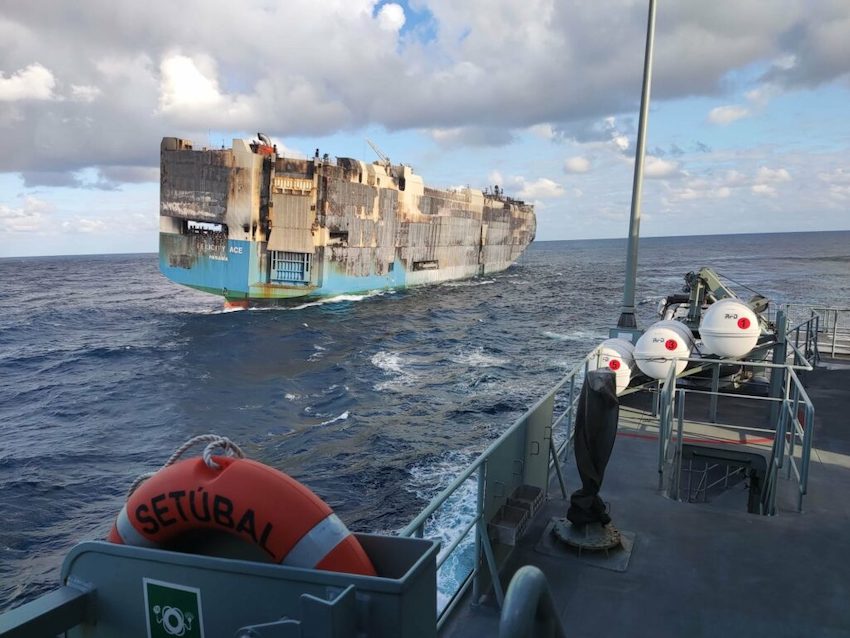 The Felicity Ace, the cargo ship that caught fire while carrying thousands of brand new Volkswagen, Porsche, and Lamborghini vehicles, sunk Tuesday morning (Mar 01), according to a press statement.

The ship, which was carrying around 4000 cars, sank after it "suffered a list to starboard," a press release from its operators said Tuesday. The Felicity Ace became submerged around 253 miles away from the Portuguese archipelago of Azores around 9 a.m. local time on Tuesday. A spokesperson for the Felicity Ace told Road & Track the information comes from a local ship salvage team. The ship and its salvage crews were fighting harsh seas before it sunk.

“The weather was pretty rough out there,” Pat Adamson, a spokesperson for the Felicity Ace's operator, MOL Ship Management. “And then she sank, which was a surprise.”

Before Tuesday, the last update from the vessel's owners, Japan-based Mitsui O.S.K. Lines transportation company (MOL), came on February 25, saying the boat was stable and had been boarded by salvage crews. The company said it was using a salvage vessel to move the Felicity Ace to a safe area off Azores.

The troubles began on February 16, when the vessel caught fire while en route from Emden, Germany to Davisville, Rhode Island.

The fire continued for several days, finally dying down on February 25, according to MOL. All crew were evacuated without injury, and the ship was abandoned. The Felicity Ace's fire was reportedly complicated by a number of electric cars onboard, with batteries that caught fire. It's still unclear what initially caused the blaze