Location: Near the North Shipwash Buoy, to the north of Harwich Haven Authority jurisdictional limits on the east coast of England. 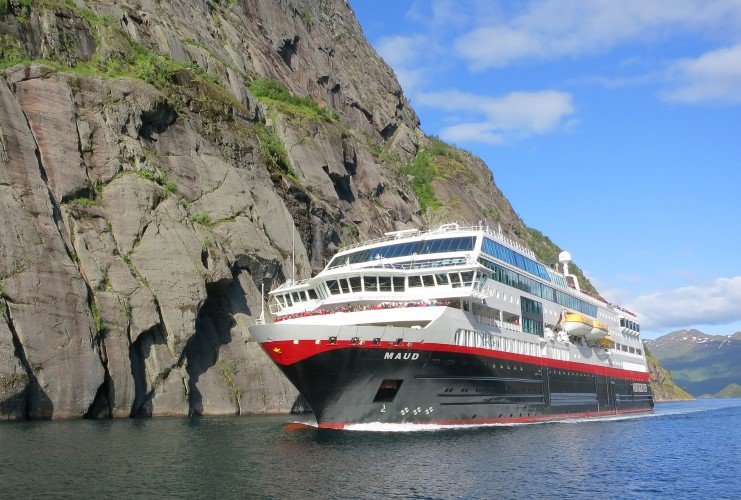 Synopsis
At about 0230 on 4 November 2021, the cruise vessel Maud and roll-on/roll-off (ro-ro) ferry Gardenia Seaways passed each other at an approximate distance of 130m in the vicinity of the North Shipwash Buoy, to the north of Harwich Haven Authority jurisdictional limits. The outbound Maud had earlier signalled its intention to pass the inbound Gardenia Seaways port to port, but the Maud passed closely ahead of Gardenia Seaways despite several warning broadcasts from Harwich Vessel Traffic Services (VTS). Neither master was on the bridge at the time and actions from the watchkeepers on both vessels contributed to a dangerous situation developing in an area well-known for traffic conflicts.

Action taken
As a result of MAIB’s preliminary assessment, the Chief Inspector of Marine Accidents has written to Hurtigruten Expeditions and DFDS Seaways AB (Lithuania) advising them of the safety issues identified and highlighting his concern about the conduct of navigation on both vessels. The Chief Inspector has also written to Harwich Haven Authority and advised it to undertake a traffic assessment in consultation with Trinity House and the Maritime and Coastguard Agency to identify routeing or procedural measures that will help deconflict traffic in the area. Hurtigruten Expeditions and DFDS Seaways AB (Lithuania) have taken internal measures to capture the lessons learned from this near miss and improve standards of watchkeeping throughout their fleets. Hurtigruten Expeditions has also increased the Maud’s complement of officers to allow for additional watchkeepers in areas that involve increased levels of navigational awareness.