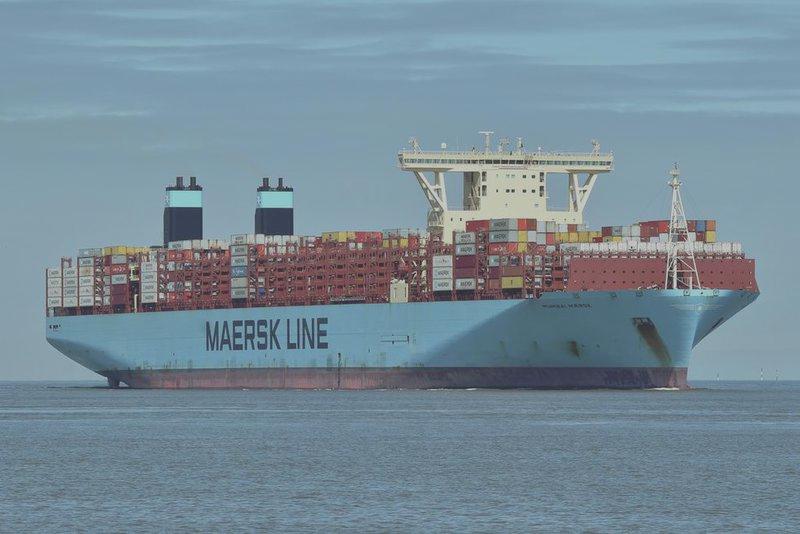 A misjudgment during navigation was the probable cause of the grounding of the 20,568 TEU Mumbai Maersk off the German island of Wangerooge earlier this month, an investigation has found.

On 2 February 2022, at around 11:05 P.M., the Denmark-flagged boxship ran aground while approaching the Weser estuary.

The 399-meter-long ship was on its way to Bremerhaven from Rotterdam at the time of the incident.

After the first attempt to refloat the ship on 3 February failed, Mumbai Maersk was refloated at high tide on 4 February and towed to Bremerhaven. The operation was conducted in cooperation between the ship’s owner Maersk, a salvage company, and German authorities.

Waterways Police units in Wilhelmshaven and Bremerhaven have been conducting an investigation into the grounding incident. As part of the investigation, digital recording devices, voyage data recorders, electronic sea charts and the radar recordings of the traffic control centers of the waterways and shipping authorities were secured and evaluated.

“The complex evaluations of these recording devices by the investigating officers of the WSP Wilhelmshaven have so far shown that the container ship got stuck outside the fairway of the “Neue Weser” at the level of buoy 3a there, on a dumping site for dredged material, due to a navigational misjudgment,” German Waterways Police said. “At that time, the Mumbai Maersk was manned by a sea pilot and was sailing under shore radar advice. Due to berth problems in Bremerhaven, the Mumbai Maersk, which was already entering the fairway of the “Neue Weser”, had to turn in the fairway and set sail again towards the sea to wait for a new arrival time.” “Shortly after this turning maneuver, the ship’s command received the order to call the port.. For this purpose, Mumbai Maersk turned again to enter Bremerhaven. During the turning maneuver, the Mumbai Maersk maneuvered out of the fairway … and ran aground on the dumping point located between buoys 3a and 3b.”

The data have not so far indicated any technical problems on board the containership.

After consultation with the relevant authority, administrative offense proceedings were initiated against the responsible ship’s command on the containership and the pilots involved.

Once the investigation is completed, the ship officers will be forwarded to the responsible General Directorate for Waterways and Shipping for further decisions.