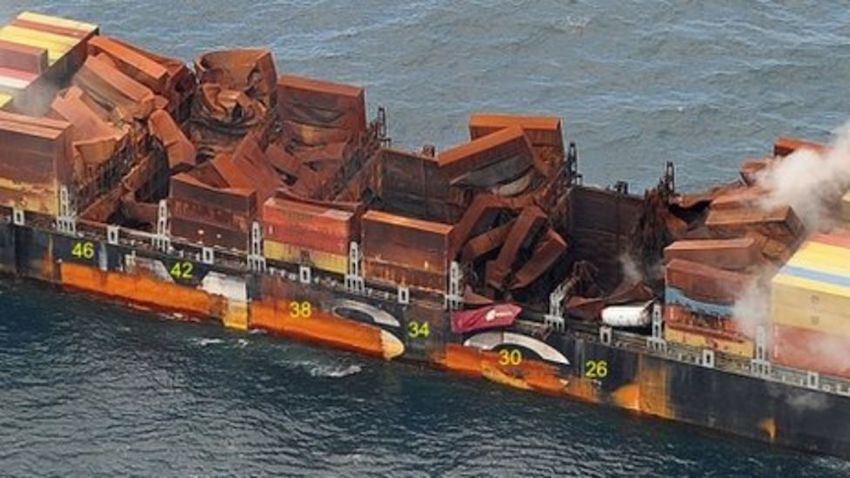 LARGE fires on containerships are newsworthy events that gain attention even outside the world of shipping.

In the past year, however, there has been a dearth of these incidents. With the exception of the fires on board X-Press Pearl and Zim Kingston, the news has been mercifully free of containership conflagrations.

“In one sense, if I was in a particularly optimistic mood, I could say the situation must have improved because we’ve seen really high volumes of containers moved and no spike in incidents,” TT club risk management director Peregrine Storrs-Fox told Lloyd’s List.

Yet while there has not been a rash of larger incidents, there are plenty of reports of small-scale fires and of the misdeclarations that often lead to fires still going on. “We get anecdotal evidence of misdeclarations and also hear through various sources of a number of small fires continuing to happen, any one of which could be a large one, which is always a problem when you have a ship full of containers,” Mr Storrs-Fox said.

In 2019, the number of major incidents was close to one a month. However, amid all the chaos in the containerised freight sector, this appears to be one metric that has improved in the past two years. Yet supply chain disruptions have brought about their own set of risks.

“The operational constraints we see all over the world are not actually preventing or causing container fires, but they have brought up a new kind of risk, which is that of long-standing dangerous goods containers,” said Hapag-Lloyd senior director Ken Rohlmann.As supply chains have snarled up, increasing volumes of cargo are sitting in transit for ever-longer periods. While this is a logistical nightmare for an inert cargo such as sports shoes, when it comes to dangerous goods, delays can be more perilous. “I have asked chemical manufacturers how long-standing affects their commodity and there was no answer,” Mr Rohlmann said.  “No one had really thought about that. And it is not just commodities that are stabilised for a certain period of time, but also generic commodities like paint. What happens to 20 tonnes of paint if it is standing for 60 days in the sun in the Middle East?” It is a valid question

And while it is more likely that poor packaging caused the fire on board X-PRESS PEARL, the container responsible is understood to have been held at port for 60 days before it was loaded. The delays represented a “new kind of risk”, Mr Rohlmann said. “It is a question that has not been asked before because the problem did not exist,” he said.  “Now, with these interruptions to the supply chain, we see more and more stranded dangerous goods containers. You have a commodity where you don’t know how the delay may affect the chemical properties. We need to discuss and evaluate the risk.” 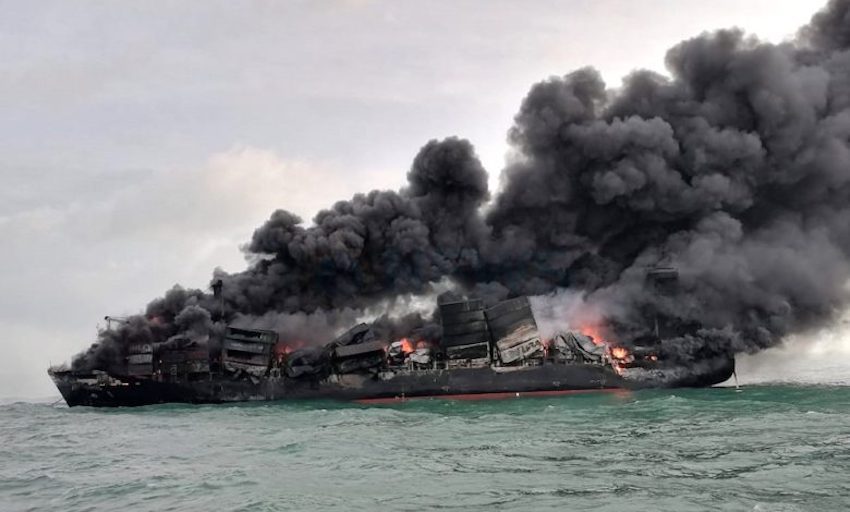 Mr Storrs-Fox is also concerned about the delays in shipping and their impact on safety. “Unless delays have been taken into account up front, there is a risk that cargo that is protected by a chemical inhibitor or refrigeration might deteriorate to the extent that it becomes more hazardous,” he said. “Chemical inhibitors are time-based. If they take that into account, knowing a container is going to be held off for 50 days, and add the right amount, that may be fine. But it is not the most straightforward calculation and you need to be careful, as with all aspects of dangerous goods.”

On top of the new risks from delays, the problem of undeclared and misdeclared cargo remains a threat to safe shipping. With the massive volumes that carriers handle, it is impossible to check every container has the contents declared on its bill of lading. Hapag-Lloyd pioneered the use of software to check documentation against key words that could identify potential risks and has recently moved over to using Exis Technologies’ Hazcheck Detect, a screening tool that checks booking data to identify suspicious items. “We found that what was good for us as Hapag-Lloyd was only half the truth, as it was an industry-wide problem,” Mr Rohlmann said. “The containers that I rejected because they were detected could just go with another carrier and, because of compliance laws, I am not allowed to warn that competitor.” As Exis is the software arm of the US National Cargo Bureau, however, this problem of not being able to warn partners and rivals has been eliminated. “By using one common industry solution hosted by a neutral body, we can overcome the compliance issue of naming and shaming fraudulent customers,” Mr Rohlmann said.“I report my findings to that neutral software provider and, when that customer goes to another user of the software, the provider can feedback that the container has already been detected without sharing any competitive information. That way we can warn others about a container that has been misdeclared.”

Mr Storrs-Fox is also in favour of wider adoption of this sort of solution. “This is an industry solution and there is value in everyone having the same platform and doing the same checks because then we’re less likely to be caught out,” he said. “If carriers are on the same page, using the same methodologies, they are likely to be able to stop shippers getting away with misdeclarations.”However, he adds that the real work comes with the follow-through process.“It is not just rejecting the box, but working with the shipper to ensure there is an improvement process,” he said. “Screening is valuable, but it is how much resource and effort can be put in to ensure there is that full circle that brings improvement.”

Mr Rohlmann would also like to see more done to prevent the problem at source. “We have started developing best-practice guidelines in order to reach out to the smaller shippers, those that are putting a steel coil in a container or who don’t know how to stuff charcoal,” he said. “We are not gaining any safety by just rejecting commodities. We only gain safety by opening the doors and finding good, safe solutions with everybody in the supply chain. “The cargo will find its way, independent of what we do or don’t do, so we need to guide people in the right direction.“Knowledge is key and the more transparent we are, the more we can take precautions and prevent container fires.”