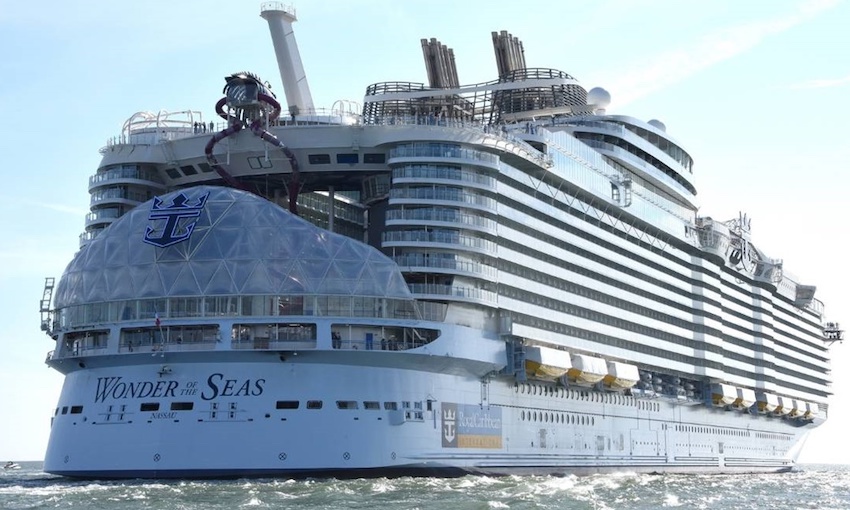 A traditional flag-changing ceremony took place in Marseille, France on 27 January, with shipyard partner Chantiers de l’Atlantique. The vessel, which can accommodate up to 7,000 passengers, is the fifth ship in the company’s Oasis-class and it’s scheduled to begin sailing on 4 March this year.

“Taking delivery of Wonder of the Seas is the culmination of 30 months of ingenuity and partnership across more than 2,000 committed crew members and workers…,” said Michael Bayley, president and CEO, Royal Caribbean International.

“Wonder of the Seas represents a new step forward in the Oasis Class ships. Our teams have worked under difficult conditions but in a very united way to finally make major changes that enhanced the ship performance,” added Laurent Castaing, General Manager, Chantiers de l’Atlantique. “Wonder is really an outstanding new ship.”

The first voyage will start from Fort Lauderdale and the vessel will conduct a series of seven-night Caribbean cruises before relocating to the Mediterranean in May.

The company held the steel-cutting ceremony for the 362-meter-long ship in 2019 at the Chantiers de l’Atlantique shipyard in Saint-Nazaire, France. The shipbuilder said that the hull of the new cruise ship is composed of about 400,000 machined steel parts, just like its sister ships Harmony of the Seas and Symphony of the Seas, which were delivered in 2016 and 2018, respectively.

After finishing a series of performance tests across the propulsion, navigation and engine performance systems, Wonder of the Seas passed its sea trials in August last year.

Last year, the company marked the beginning of construction of its first LNG-powered cruise vessel, Icon of the Seas.