French adventurer, 75, dies in attempt to row across the Atlantic 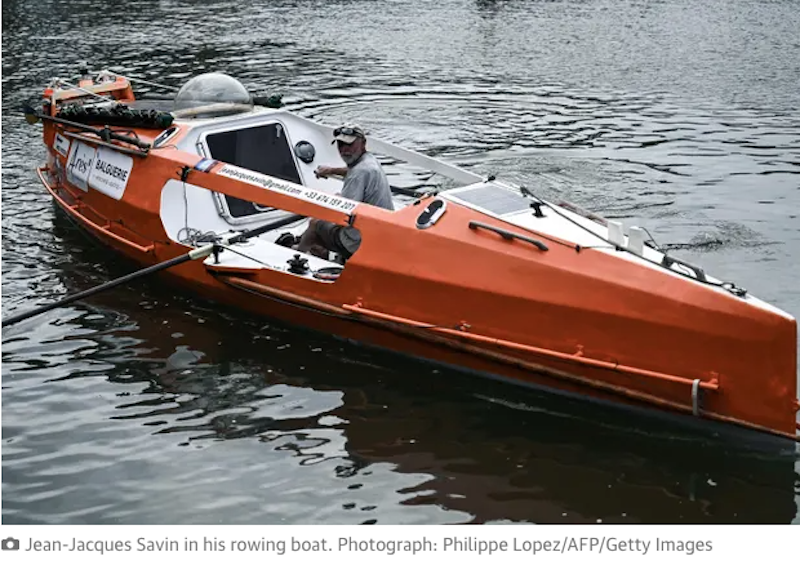 A 75-year-old Frenchman attempting to row across the Atlantic “to laugh at old age” has been found dead in his cabin at sea, his support team said.

Portuguese coast guards found Jean-Jacques Savin’s overturned boat off the archipelago of the Azores on Friday. They sent a diver down on Saturday to search it, his team added, but the former paratrooper’s body “was found lifeless inside the cabin”. 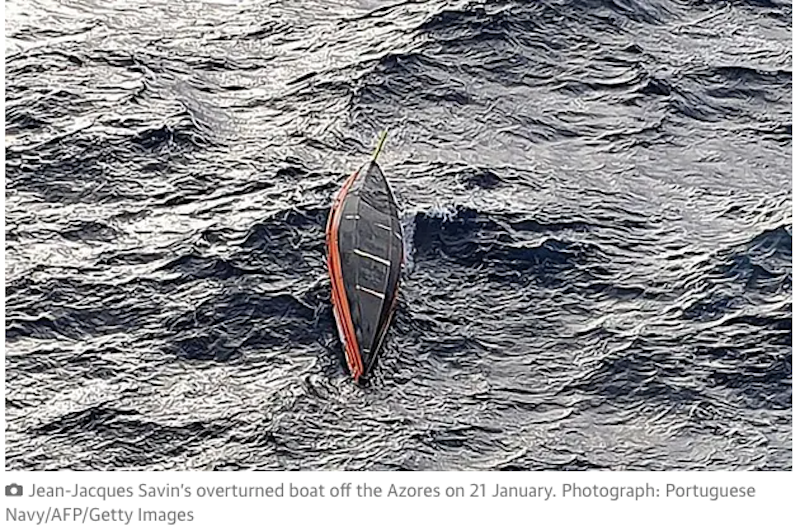 The avid triathlete set off from the southern tip of mainland Portugal on 1 January, but there had been no contact with him since overnight Thursday to Friday when he activated two distress beacons.

It was just his latest adventure after crossing the Atlantic alone in a custom-built barrel in 2019, a 127-day trip followed by thousands on Facebook. Savin was hoping again to reach the Caribbean, this time in a rowing boat eight metres long and 1.7 metres wide, with a rowing station at its centre.

His team earlier on Saturday said they were “very worried”. “We haven’t heard from him since 00:34 yesterday (Friday) morning,” they said, adding that he had activated “two distress beacons, telling us he was ‘in great difficulty’”. His daughter in a Facebook post said a search operation “was immediately set in motion in coordination with the French, Portuguese and US sea rescue services”. He was last heard from north of Madeira, Portuguese islands off the north-west coast of Africa, on his way to Ponta Delgada in the Azores.

Shortly after leaving on 1 January, unfavourable wind conditions had forced Savin to extend his trip by 900km (550 miles).

On Wednesday, he had reported “strong swell and ... wind” on Facebook, adding that he had been forced to switch from using an electric water desalinator to a backup one operated by hand. “It’s costing me physical energy,” he wrote. But “be assured I am not in danger”.

Savin, who said rowing across the Atlantic was a way to “laugh at old age”, celebrated his 75th birthday on Friday last week on board his two-cabin boat. He had set off with 300kg (660lbs) of equipment, including freeze-dried food, a spear gun to fish and a heater, as well as the two desalinators. To celebrate his birthday, he had also brought along his mandolin, foie gras and champagne.

“I’m off on holiday to the open sea,” he had said before leaving.“I will row eight hours a day and when the wind blows too hard, I’ll close myself in,” he said.