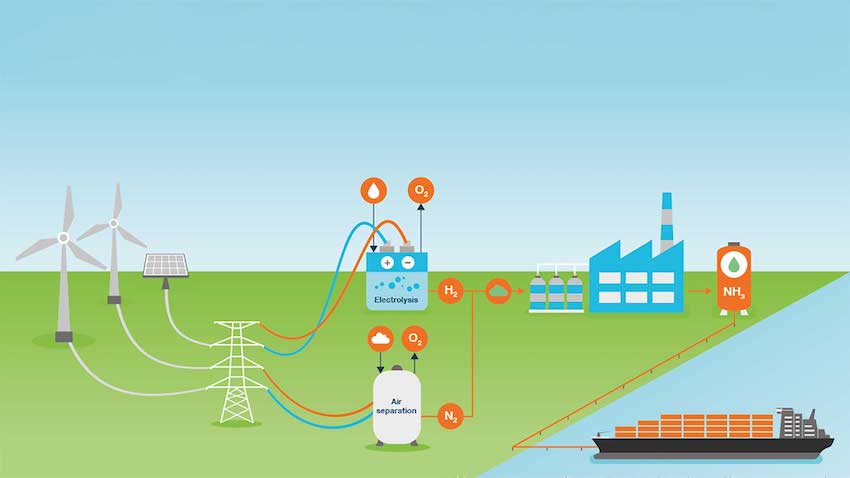 The design of an ammonia-fueled Panamax bulk carrier developed by the Japanese organisation Planning and Design Center for Greener Ships (GSC) has received an Approval in Principle (AiP) from the classification society ClassNK.

Before issuing the AiP, ClassNK reviewed the ammonia treatment measures, piping diagram of the fuel supply system, identification of hazardous area taking into account the flammability and toxicity of ammonia, and evacuation routes in case of emergency.

Upon receiving the approval, GSC member shipbuilders in Japan are expected to utilise the approved basic design information for their upcoming product development of ammonia-fueled bulk carriers.

The design was evaluated in line with the “Guidelines for Ships Using Alternative Fuels” published by the classification society in August 2021. It aims to minimise the risk related to ammonia-fueled ships for the ships, crew, and environment by stipulating requirements for installation, controls, and safety devices.

However, international standards for using ammonia are yet to be developed as it is expected to be used as decarbonised fuel for ships since it does not emit CO2 when burned.

At the end of 2021, general trading company Sumitomo Corporation revealed plans to launch a full-scale project to design and develop an ammonia-fueled dry bulk carrier jointly with the shipbuilder Oshima Shipbuilding.

The duo will work on the design and development of an ammonia-fueled dry bulk carrier with the aim of completing the ship in 2025.