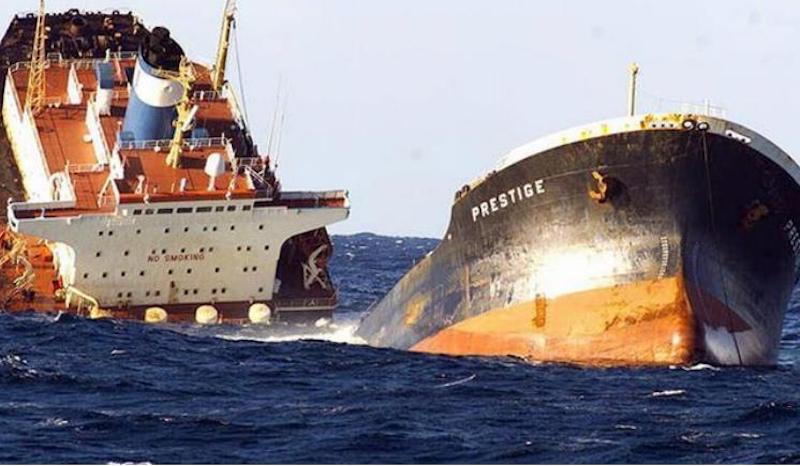 The Provincial Court of A Coruña, a northwestern city in Spain, upheld on Wednesday the ruling of the Spanish Supreme court from January 2016 over the Prestige oil spill case 15 years after the environmental disaster.

As a result, the captain of the ill-fated ship Apostolos Ioannis Mangouras and the marine insurer The London P&I Club have been confirmed quilty for the spill and ordered to pay EUR 1.57 billion (USD 1.85 billion) in damages to the Spanish state.

Additional EUR 1.8 million and EUR 61 were ordered to be paid to the Xunta de Galicia and France respectively.

The rest of the claims are to be paid by shipowner Mare Shipping Inc. and the International Oil Pollution Compensation Funds.

In 2016, the Spanish Supreme court sentenced the tanker’s captain Apostolos Ioannis Mangouras to two years in prison, canceling the previously reached ruling by which he had no criminal responsibility. As indicated, the captain was found guilty of recklessness that caused the accident of catastrophic environmental consequences.

The 1976-built tanker sank on November 13, 2002, following a fracture in its starboard side due to rough seas while it was sailing some 27.5 miles west of Finisterre, Spain.

Six days later, the tanker broke in two and sank off the coast of Galicia.

The spill, described as one of the worst environmental disasters in Europe, saw miles of Spanish beach severely polluted, causing damages to the local wildlife and fishing industry.