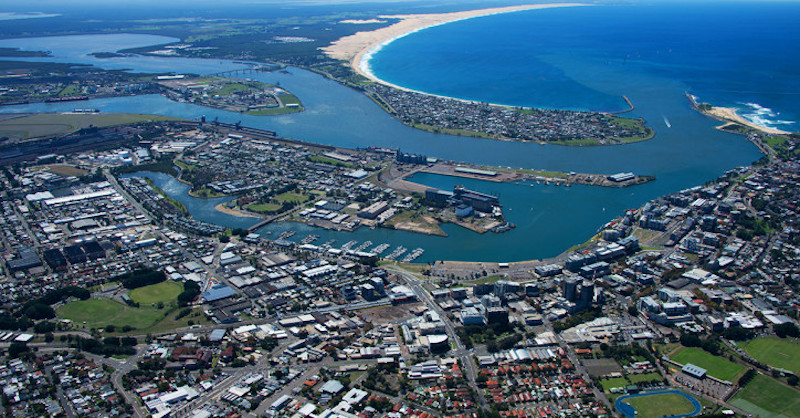 Port of Newcastle says move is part of plan to decarbonise the business by 2040 and ‘we don’t really have a choice’ The world’s largest coal port has announced it will now be powered entirely by renewable energy.The announcement from Port of Newcastle comes as coal power generation in Australia’s national electricity market fell to its lowest level in the final three months of 2021.

Though the port continues to export an average of 165Mt of coal a year, the move is part of a plan to decarbonise the business by 2040, and to increase the non-coal portion of its business so that coal only makes up half its revenue by 2030. It has signed a deal with Iberdrola, which operates the Bodangora windfarm near Dubbo in inland New South Wales, for a retail power purchase agreement that provides the port with large scale generation certificates linked to the windfarm.

Chief executive officer Craig Carmody said the Port of Newcastle’s title as the largest coal port in the world “isn’t as wonderful as it used to be” and that change was necessary to avoid what happened in Newcastle and the steel industry closed. “I would prefer to be doing this now while we have control over our destiny, while we have revenue coming in, than in a crisis situation where our revenue has collapsed and no one will lend us money,” Carmody said. “We get 84 cents a tonne for coal shipped through our port. We get between $6 and $8 for every other product. You can see where I’d rather have my money.”

As part of its transition the port has converted 97% of its vehicles to electric and engaged in other infrastructure projects to decarbonise its operations.Andrew Stock, climate councillor and retired energy executive who was a founding board member of the Clean Energy Finance Corporation, welcomed the development but said there was a “still long way to go”.  “It’s a good thing they’re looking at it, but 50% income diversification by 2030, it’s still a decade away. That’s still a lot of coal that’s going to go through that port particularly when the IEA and the IPCC have made it clear we have to move,” Stock said.  “And 50% by 2030 is still 50% coal income.”

Stock said governments should encourage a “rapid advance in the uptake of renewables” similar to what has occurred in South Australia, which is powered by 100% renewable energy on some days. Carmody said that as an “open access port” the business was unable to refuse traffic except under specific circumstances, but he hoped showing the company was embracing change would encourage its workforce and others to do the same. “In some ways it doesn’t matter what the policies of government are, equities and debt markets, they’re making the decision for us,” Carmody says. “It doesn’t matter what the policy settings are in Australia, it’s what some investor in New York or Tokyo is thinking.”  “We don’t really have a choice. Nobody wants to invest in [being part of the fossil fuel supply chain].”

The announcement comes as figures from Dylan McConnell, research fellow the University of Melbourne’s Climate and Energy College, shows renewable energy provided nearly a third of all electricity produced in the national electricity market (NEM).  In the last three months of 2021, coal’s share of the electricity grid fell 5.9% when compared to the same period in 2020, while gas recorded its lowest quarter of generation since 2004Over the same period, rooftop solar grew 24% and utility solar by 26% – though wind’s share only grew by a “quite modest” 6.4% compared to previous years. This was partly due to poor wind conditions and a lack of new capacity.“At the high level, solar is squeezing out coal, particularly black coal,” McConnell said. “You can see it quite clearly in the shape of what’s happened to the profile of generation.” McConnell said that Victoria and South Australia recorded average negative power prices in the middle for the entire quarter. “It’s a sign of the time that we’re getting negative prices on average,” McConnell said. “Coal’s being hollowed out in the middle of the day and that’s also what’s affecting their bottom line as well, as that’s when you’re having negative prices quite consistently.”