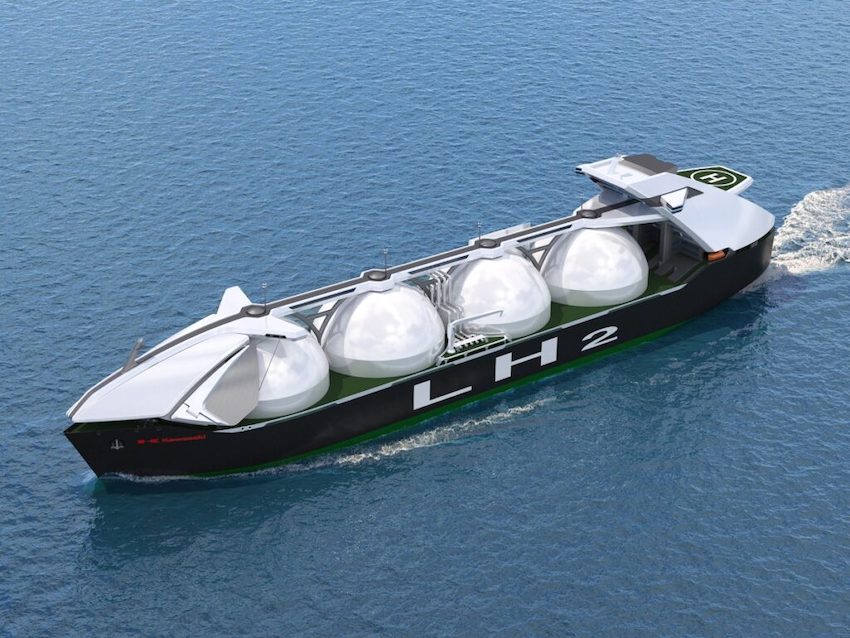 The 8,000 tonnes ship can transport large quantities of LH2 over long distances by sea. Here, the liquefied hydrogen is at 1/800 of its original gas-state volume, cooled to –253°C.

In addition, the ship features a diesel-electric propulsion system and can achieve a speed of 13.0 knots. The ClassNK-classed vessel has the capacity to carry 25 people.

According to Reuters, the LH2 carrier left Japan on 24 December to pick up the first cargo and will return in late February.

In addition, the Japanese and Australian governments support the $362 million pilot project. Originally, should have shipped its first cargo of hydrogen extracted from brown coal in Australia in the spring. However, it was delayed to the second half of Kawasaki’s financial year due to the pandemic.

Furthermore, KHI says the Suiso Frontier is only the first of many more hydrogen carriers it wants to build in the future.