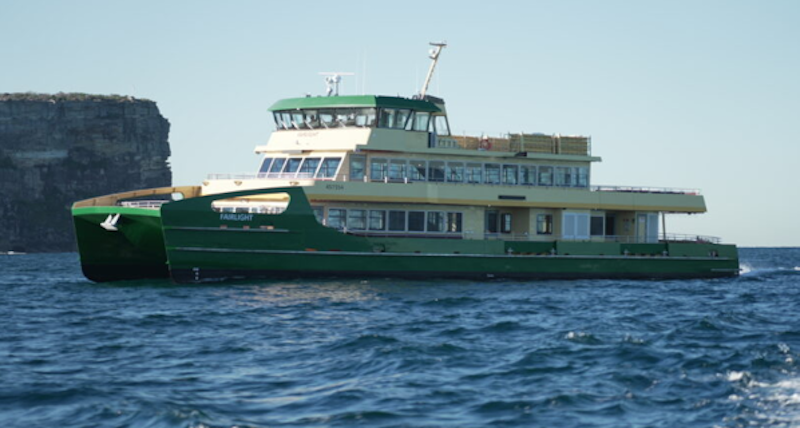 A number of cracks have been discovered in the hull of one Sydney’s new Manly ferries, with an independent report identifying several welding defects on the vessel.A spokeswoman for private ferry operator Transdev confirmed to the Herald on Monday that several welding defects had been identified onboard the Emerald-class BALMORAL. While a source speaking on the condition of anonymity said there were more than 20 cracks identified in the hull, the Transdev spokeswoman said “a number” of welding defects had been found.“A potential defect was identified in the weld of a secondary support structure inside a hull void of the Emerald Class vessel BALMORAL during a routine inspection,” the spokeswoman said.

“[A] surveyor report confirmed a number of welding defects that are minor, isolated, and do not compromise the overall structural integrity of the vessel. Such welding defects are not uncommon and will not impact the Balmoral’s operation.”The ferry issue comes as the NSW government works to find a timely solution to repair 12 cracked inner west trams.The Balmoral’s window also smashed during trials in rough conditions in Sydney Harbour last month, while a problem with its rudder was also identified. The issues identified on the Chinese-built Emerald-class vessel during testing are the latest in a series of problems discovered on recently procured Sydney ferries. The vessel has been returned to service, with repairs expected to be addressed as part of upcoming maintenance.The fleet had been plagued with problems over the past 18 months since the Herald first revealed its River-class ferries could not pass under specific bridges if passengers were seated on the top deck. Asbestos was also found in those ferries, which are unable to operate at night due to a glare issue in the cabin and experienced stalling issues when braking under emergency conditions during early testing.

A source with knowledge of the matter described the welding defects as “cracks in the welds” and added the problem had not been identified with previously locally acquired Emerald ferries. Opposition transport spokeswoman Jo Haylen called on the government to release the full findings of the independent report into the BALMORAL.“Passengers across Sydney are paying the price for the government’s failed transport procurement policies. Whether it’s cracked Manly ferries or cracked inner west trams,” she said.“The government cannot hide behind the private operator. They should release the independent maritime surveyor’s report into the BALMORAL immediately. The people of NSW deserve to know the truth about the government’s failed Manly ferry purchase.”

Doubt has lingered over the ability of the new ferries to operate in bigger swells on Sydney Harbour, particularly near the Heads, which the larger Freshwaters can handle.

The government last year announced its intention to retire all four Freshwater ferries, but backed down on the decision and kept two of the ferries for weekend and public holiday services amid public pressure. The Emeralds had not been able to operate in larger swells recently because they had not yet been tested and certified for the conditions. Delays to the arrival of the Emerald-class ferries were due to flooding in Port Macquarie earlier this year, where work was being carried out on the vessels.